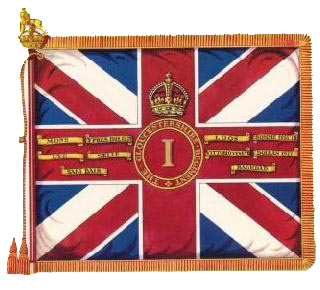 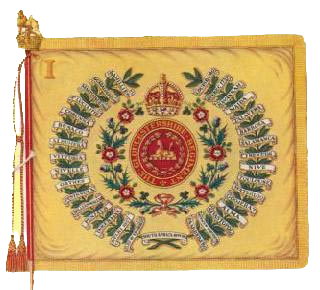 Colours' is the name given to the flags representing different regiments of the British Army.

Infantry colours, and their cavalry counterparts, known as Standards and Guidons, are among the most sacred of symbols of the Army.

The flags embody the honour, spirit and heritage of the regiments that proudly carry them, according to the National Army Museum.

Historically, they acted as a rallying point in the heat and smoke of battle, so that soldiers could easily spot their unit by its Colours.

They are also a focus of regimental pride.

Losing the Colours to the enemy was the greatest disgrace for a regiment as it symbolised complete defeat, the National Army Museum explains, while capturing an enemy's Colours (or equivalents like the Eagle Standard and Turkish crescent) was seen as a major achievement for a soldier in battle.

The King's/Queen's Colour – representing the regiment's loyalty towards the sovereign or a nation – is typically a union flag trimmed with gold fabric, and with the regiment's insignia in the centre.

The Regimental Colour is a flag of a single colour, usually the colour of the regiment's uniform facings (collar, lapels and cuffs), again trimmed, and with the insignia in the centre.

Handmade from precious silks, silver and gilt threads, the Colours are used on the regiment's most important occasions and bear the battle honours, or those inherited from its predecessors, and symbols of the battalions.

It is thought they carry the spirits of all those who fought and died in their name since the founding of the regiment.

When a battalion is presented with new Colours, the old stand is normally laid up in the church or chapel associated with the regiment.